An anchor in Villefranche 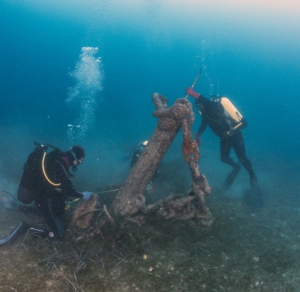 Professional scuba divers from Anao, l’aventure sous-marine, working around the anchor embedded in the silt of the sea, at a depth of 22 meters, in the center of Villefranche-sur-Mer Harbor (Photo Olivier Jude Anao-FMAS)

A giant anchor symbolizing the Franco-American friendship between

Villefranche-sur-Mer and the U.S. Sixth Fleet

Here is some precious information collected from the four corners of the World by Philippe Durand (Berre-l’Etang, France), Peter Searle (Toronto, Canada) and Barry Probst (Boston, USA) about the historical details of this magnificent anchor which emerged from the waters of Villefranche Harbor to symbolize the historic friendship between the United States and France.

A Little Page of History… 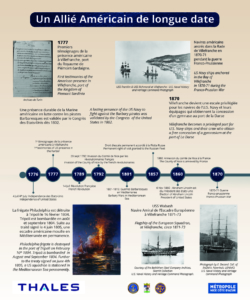 From 1777 the first official traces of an American fleet anchored in Villefranche Harbor can be found as shown by the splendid old engravings exhibited at the Gare Maritime of Villefranche. It was to end once and for all the attacks on its merchant convoys between Europe and the United States that this fleet made up of powerful frigates plied the Mediterranean. A new generation of vessel, these frigates were designed using green oak wood, whose thick planks, once assembled, resisted with ease the impacts of enemy fleets cannonballs.

The Tripolitan War, also known as the First Barbary War or Barbary Coast War, was the first war which involved the United States of America. It was fought against the Barbary States (the independent sultanate of Morocco and the regencies of Algiers, Tunis and Tripoli, the independent provinces of the Ottoman Empire). This maritime conflict lasted from 14 May 1801 to 10 June 1805, and ended, more or less, acts of piracy in the Mediterranean.

To get back to the Villefranche anchor, which has been much written about, on display at the entrance to the Wilson car park, it was W.L. Byers & Co., based in Sunderland, England which cast this remarkable anchor whose maker’s marks, including the famous swastika, appeared once the marine accretions were unfortunately removed. 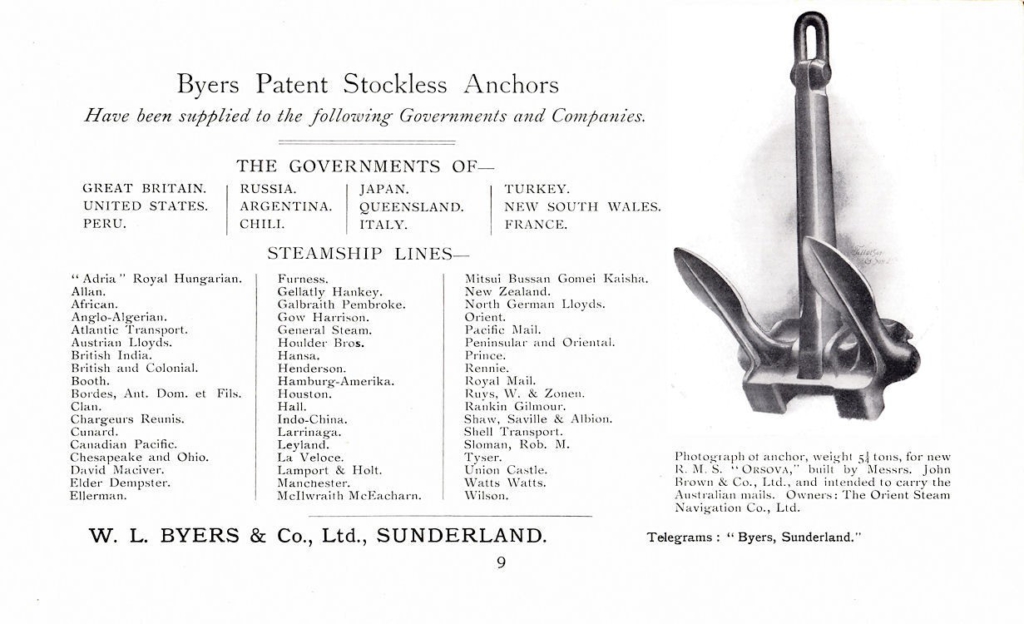 This foundry officially supplied anchors to governments such as Great Britain, the United States, Russia, Argentina, Chile, Japan, Italy, Turkey and France… as its well-appointed sales catalogue shows. Not forgetting the 30-odd prestigious seafaring companies which used anchors of such imposing size and technical complexity as can be seen by our example which emerged from the seas on 7 December, 2016. A spectacular operation carried out by Anao (FMAS) divers, and their many partners. Anchors were often re-used in national navies.

The general structure of our anchor, apart from the superficial rust, is perfectly preserved as shown by the technical assessment drawn up by an expert commissioned on site by Villefranche Town Hall.

To conclude this chapter, the Department of Subaquatic and Submarine Archaeological Research has just listed this 5-tonne relic as archaeological remains. This heritage classification will give even greater value to this maritime icon, unveiled with great ceremony before the civil and maritime authorities of our region by Vice-Admiral Christopher W. Grady, 20 january 2017. 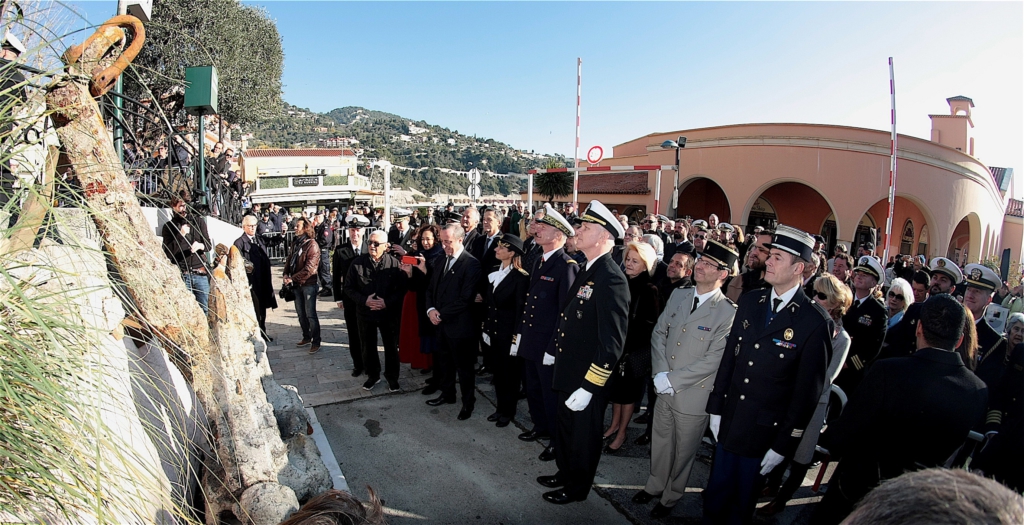 This anchor is a strong symbol of the friendship between France and the United States. (Photo E. Dulière, Anao) 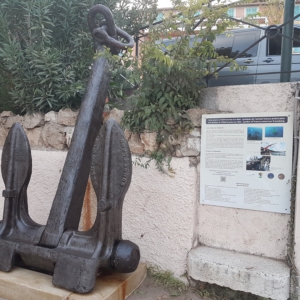 The town of Villefranche is quickly arranging for its painstaking restoration by commissioning a specialist company to ensure its permanent conservation over the years.

Our giant anchor, loaded with history and friendship, will thus regain its shine of yesteryear. It will continue to reflect our rich multi-facetted maritime history. 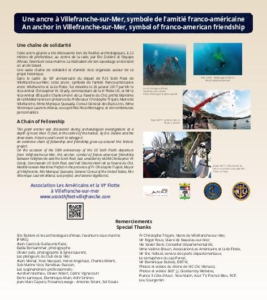 Explanation panel next to the anchor